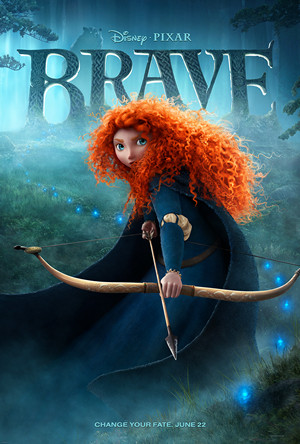 I finally saw Pixar’s Brave and found it quite enjoyable. I didn’t read any reviews before going in, only the trailers, and I think that’s what made me really like the film. You see, I tend to really hype myself up about certain movies right before I see them. I mean, really really get wound up, expecting it to be my new favorite movie every damn time. It’s exhausting! I will be so let down at the end that I won’t find the movie as enjoyable as if I went in without any expectations, because those are: a life-changing revelation, multiple boisterous laughs at insurmountable hilarity, and an ugly cry at the end, complete with snotty nose. What is an “ugly cry” you ask?

Here is a picture of me modeling a normal cry, the kind you get then you watch something emotionally touching or slightly melancholy, like the end of Toy Story 3 (don’t worry, no spoilers here): 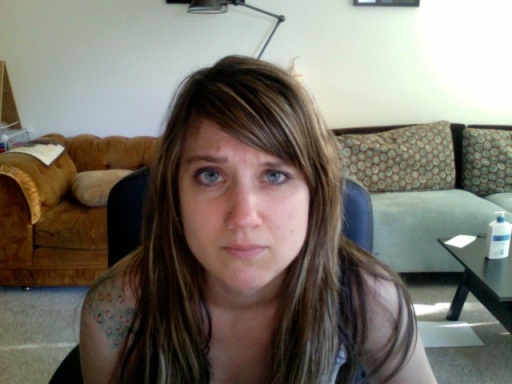 You can see the sadness in my eyes but my composure is somewhat intact.

Now here I am modeling an “ugly cry,” which last occurred when I watched that other sad part in the middle of Toy Story 3 (again, no spoilers) when you think all may be lost: 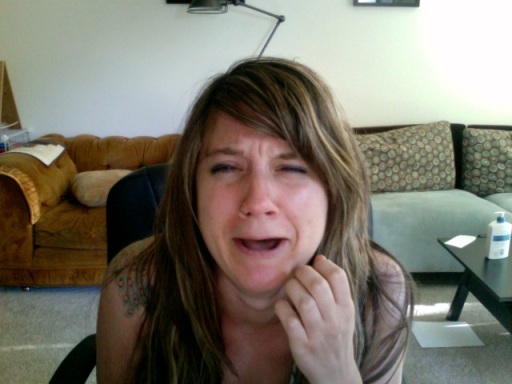 *Missing: trails of snot and spittle on my chin.

As you can see, this is not something you want to occur in the light of day, but is acceptable in the darkness of a movie theater where people may only hear the “ugly cry.”

Brave caused the first normal cry exactly two times at two very touching moments in the film that occur between the mother and daughter. I think Pixar did a wonderful job depicting the complicated and complex relationship between a mother and her teenage daughter, more complex than I would ever expect from an animated film. I give major props to them for this. I’m not a mother of a teenage daughter myself, but remembering myself as a teenager has me thinking it’s really really hard.

<Steps up on soapbox>

*Note: I’ve never reviewed a movie before and while I know what “spoilers” are and most of these things are hinted at in all the trailers, I will try my best not to ruin the movie for you. If you have not yet seen Brave, read this at your own risk! (Oh, and go see it ASAP so you can come back and read this!)

You have a mother (named Elinor) that genuinely wants the best for her daughter, teaching (well attempting, at least) her everything she will need to know in preparation for marriage, child-raising, running a household, and being a queen. She teaches what she knows best, and boy, is she a determined teacher. You can see her love for Merida (the protagonist) throughout the whole movie, but also where she seems to go wrong in handling Merida’s continued resistance to all her lessons. If you’ve ever seen the Disney channel, there are a lot of sit-com plots that involve all-knowing, deceptively wise teenagers with absent, child-like parents which drives me crazy because it is so over-the-top unrealistic! Also, I want to point out the fact that Elinor is a princess’s mother that’s actually alive. I could only think of one exception: Aurora in Sleeping Beauty, and her mother is pretty must absent most of the movie. Actually, do we even hear her talk once? Seriously, what is the deal with Disney hating on alive, present mothers?

On the other end you have Merida, which you can see from all the posters that she has awesome, unruly, curly red hair that stereotypically reflects her fiery temper and refusal to be tied down with responsibilities that don’t involve her bow and arrow or galloping her horse through the forest toward adventure. When she has to be strong, she is strong. When something needs to get done, she does it, and she won’t let a restrictive, formal dress hinder her in the process. But she is also a teenager with teenage emotions and views on what responsibility is. She only likes what she knows right now (shooting arrows at targets and climbing treacherous waterfalls). Also like a typical teenager, she doesn’t really care about what happens tomorrow, or in a few years; only the present matters, and that is how her decisions are driven because it works for her in that moment.

I don’t want to go more into it without ruining the movie for people (Merida’s decisions lead to something of the Ursidae variety) but the movie starts with a depiction of a battle of the wills between Merida and her mother Elinor that obviously occurs on a daily basis. Elinor acts like a typical mother might in laying down the rules and proper actions, expecting Merida to follow them without question or debate, after which Merida rebels to the lack of discussion and acts out, leading to the major conflict of the movie’s plot. The process with which they reach the conclusion involves mother learning about her daughter’s true strengths and skills and respecting her more for them, with daughter realizing the true reasons for her mother’s actions and loving her more for them.

Also, look at these guys! You can’t contain the cuteness!

The second props I give to Pixar is their decision to finally make a film with a female protagonist (a curly red-haired one at that!). I think they could have included more supporting female characters (all the clan members with speaking parts are kilt-wearing, sword-bearing males) besides the mother and the less-talking-more-shrieking, voluptuous maidservant, but I don’t want to get too picky here. A lot of Merida’s character traits made sense when I found out Brave was directed and developed partially by a woman: Brenda Chapman. She directed Prince of Egypt and has been involved in writing and animating for major Disney movies like The Lion King, Beauty and the Beast, and Fantasia 2000. However, it looks like she left the project halfway through and I’ve been unable to figure out why. Articles say she was “fired [because of] creative differences” but nothing seems clear and she still shared a director credit with Mark Andrews. 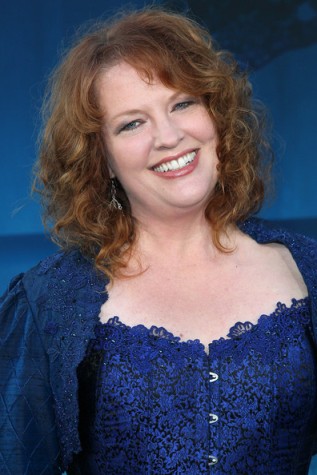 I could write a whole other post discussing what I read online about the struggle of women in the animation world, but I’ll move on… (apparently it’s a real “boy’s club.”)

The first thing I noticed when I saw our heroine, Merida, was that she looks like a real 17-18-year-old girl. I had a hard time tracking down a still shot that truly displays what I’m talking about, but I found this:

Look! I could actually push a child’s head out of my vagina if I wanted to!

Merida has womanly, child-bearing hips! I almost exclaimed that aloud in the theater, but I didn’t want any popcorn thrown at me. Mind you, she still has the enlarged head and eyes of a typical Disney princess, but still! Look at those curves and that healthy-sized waist! She exudes strength and athletic-ability, not petite fragility and Barbie-skinniness like these unearthly creatures:

Except for Mulan, she’s cool.

The only hips I see are coming from Jasmine’s Hammer-time pants. I could snap all their arms in half like toothpicks and not even feel bad! Yes, I know that medieval(?) Merida probably isn’t wearing a corset and most of those above are, but still, everyone looks like they have anorexia or will fall over gasping at any minute, cursing their animators for their disproportionate figures. No one can look like that in real life! 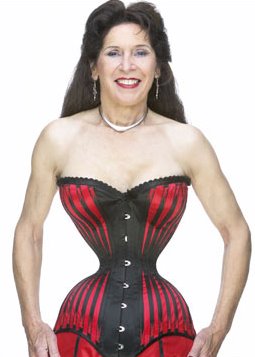 Well, except for this freaky deaky.

I almost feel like Merida and her mother (who also looks like a normal-sized 40-ish year old woman who is clearly very intelligent and also as strong as her daughter) portray the start of a new “empowered Disney woman” but I don’t want to go that far. Maybe if Pixar would create a female protagonist that isn’t a princess I would truly think that. Just a thought.

So in conclusion, I applaud Pixar’s efforts at introducing a realistic mother-daughter relationship that doesn’t involve a skinny, Disney teen pulling another one over on a good ol’ unsuspecting parent and getting away with it, as well as a princess that looks like a real teenage girl and not Barbie, awesome archery skills included.

<Steps down from soapbox>

3 thoughts on “A Disney princess with womanly curves? Oh my!” 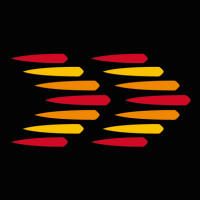