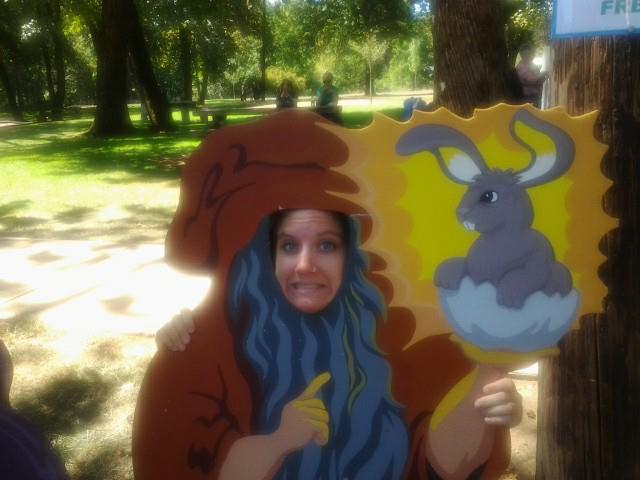 I can’t stop reading young adult novels and watching coming of age films and TV shows. I’m currently sweating off a binge-watching session of Buffy the Vampire Slayer whilst couch ridden with the flu and just caught the new coming of age movie The Spectacular Now. I also read all of John Green’s books over the summer and just started The Brothers K for the third time. I can’t seem to pry myself from stories of major transitions and heartache and redefining oneself – it just won’t stop!

It’s also Fall so that means I’ll probably start reading Harry Potter again so I can live vicariously through Hermione.

Maybe it’s the nostalgia of remembering a time when I was younger and  more awkward (yes, that’s possible) and brimming with the type of teen angst that comes with growing up during the 90s, but I am experiencing bouts of melancholy that accompany the turning of leaves and crisp mornings. Fall always makes me remember returning to school every year with thoughts of new beginnings and “maybe this year I will be cooler and prettier and more popular.”

My teenage self invokes an “Oh, honey…” from my twenty-eight year old self.

When I visited my parents this summer I read some of the poems and short stories I wrote as a kid; writing was a passion, therefore I wrote about everything. Memories of feeling embarrassed about my lack of boob-age, inadequate around popular boys, and incomparable around their equally popular and pretty girlfriends crashed over me like a rogue wave. I wouldn’t have called myself “unpopular” or “one of those outcasts” in high school, but I definitely wasn’t the Regina George of the place. Beneath these nostalgic feelings I actually found myself, wait for it, longing for my long lost teenage ability to feel my emotions without hiding or ignoring them.

There, I said it. I wish I had the emotional capability of a teenager again. My passion is storytelling, whether it’s about an awkward experience I had walking down the street last week, or about how pop culture affects our society. At one point in my life I purposely stuffed this passion into the attic of my mind and ignored it for more “grownup things.” It’s silly, I know. I left home, went to college, got married, started a career, paid my taxes, bought a new car, I deemed these kinds of things “important” because I thought I had to. It took a dramatic life changing event like a divorce to resurrect my real passions and put me in touch with feelings I haven’t looked in the eye for a long time, since I was in my teens.

John Green says it perfectly in this interview:

“…teenagers don’t create ironic distances between themselves and their experiences the way that adults do. They’re deliciously unafraid of feeling. As adults, we don’t tend to look directly at those questions. It’s like looking at the sun for us. Teenagers are really alive inside the emotional experience of being human.”

Boom. There it is. Nothing is more adult than the compartmentalization and repression of the feelings that come about as a result of our experiences. Yes, it comes paired with a dose of hormone surges and awkward body transformations but I want to capture a part of that impulsiveness and wanderlust in my search for real living. Nobody feels more alive and invincible than a sixteen year old and though that does tend to lead to bad decisions it can also lead to awesomeness. What can we do to make sure we don’t lose this as we venture into adulthood while focusing it toward doing awesome things?

Think about the people in this world that act on their urge to make positive changes. We have incredible young women like sixteen year old education activist/gave a giant finger to the Taliban by surviving their assassination attempt Malala Yousafzai who brought me to tears during her interview on The Daily Show last week.

Did you need to grab a tissue during that? How about Andy Didorosi who, only 25 at the time, started his own bus company when public transportation failed his community.

What if they had ignored their passion for education or love of their community in lieu of taking action toward creating change?

There are many studies in progress on the attitude and work ethic of the Millennial Generation (Generation Y), which is anyone born between 1980 and the early 2000s. We are called the “Me Generation” because of our self-entitlement and narcissistic tendencies, but at the same time we are more civic-minded than any other generation, and at a younger age. More and more teenagers are starting charities in their hometowns, twenty-somethings out of college are demanding a better work life balance while investing in their communities; who is to say we are less mature than the generations of our parents and grandparents were when they were our age? We just have a different way of utilizing our maturity and boy are we good at it.

This goes to say that we need to harness this optimism instead of calling it naiveté and capture this need to fervidly pursue a certain interest instead of calling it “a phase.” We shouldn’t ignore our feelings and disconnect from our passions. We can’t silence this teenage part of ourself and be completely happy at the same time; it’s a good part! Let it live! Let it do awesome things!